Engine
Considering that we had a fairly old 9:1 compression engine which does not have a particularly modern ( efficient) combustion chamber, the decision was made to reduce the compression to 8.25:1 given the low quality fuel which MAY be encountered en route.

Laurette and I drove the Alfa back up to Brisbane to the Avanti workshop where Richard with the assistance of John Spencer, a former QLD Rally Champion rebuilt the engine with lower compression pistons.   As Richard stated, this was somewhat uncharted territory as everyone goes for more compression and there was little info around as how to LOWER the ratio.

Richard machined around 1mm from the piston crowns and they were then ceramic coated.
The engine work was carried with my assistance / interference as they both showed me how to carry out many tasks such as setting cam shafts, valve clearances etc etc. 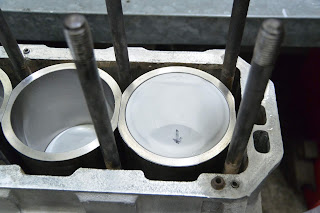 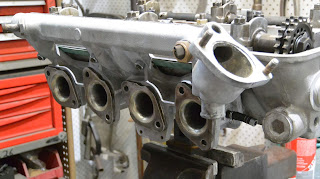 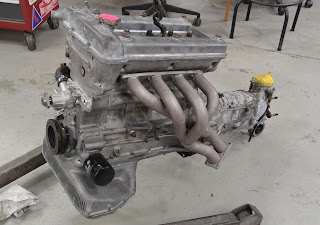 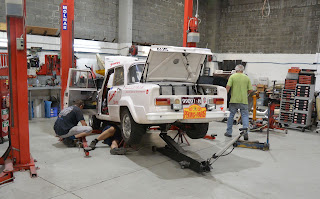 Steering
Whilst the engine was out, the gearbox was given a new rear seal, a new clutch master cylinder was installed as was the new billet steering box which Richard had inported and assembled.  Alfa 105's have a problem with the old cast aluminium steering boxes now being aged and many have cracked housings.  we did not want to set off with a possibly dodgy steering box so this was considered a good move to have a totally new solid housing.


Front Shock Absorbers
When we went to fit the front shock absorbers at auto One, see previous post, the fronts were too tight a fit in the existing top mounts as built into the car in 1993.  Again, with no engine in the way it was a day or so's work to cut out the old upper supports and fabricate and weld in new items.  this was done by a friend of Richards who spent a hot day in the engine bay 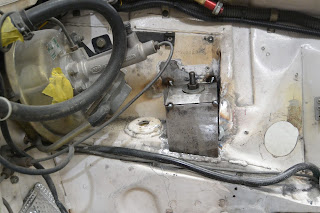 Many other items were checked over and my education continued in the care and maintenance of the Alfa.  Time very well spent as i now know lots more about how everything works and what to look for to avoid or fix any problems.

After 5 days we set off home again with a virtually new motor.
Having driven around 9,500 kms now on both engines, I am not able to tell the difference in power between and oldish 9:1 engine vs the new 8.25 unit.  However we are all now confident that detonation inside the combustion chambers will not be an issue to worry about.