A few days trying out the cars on dirt

Our friends from , Bill and Kathy Gill had organised a few days away in the Wimmera where they, Phil and Lyndy Blunden and ourselves could try out the cars on some rough, dirt, sandy and otherwise roads which will be hopefully similar to what we will see on P2P.

The Gills are competing in a 330 Mercedes whilst Blundens are in a venerable EH Holden.

We all met at Nhill caravan park on a Friday late afternoon.   We chose to practice camping in our new tent whilst the others opted for cabins. 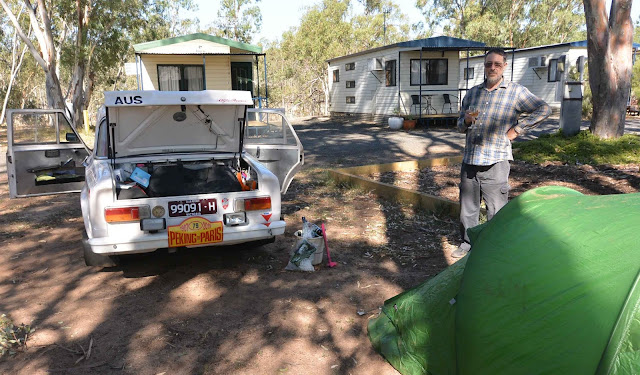 We were the first to arrive with beer and wine waiting in our salubrious plastic ice bucket.

The following day we drove through - very dry and quite hot 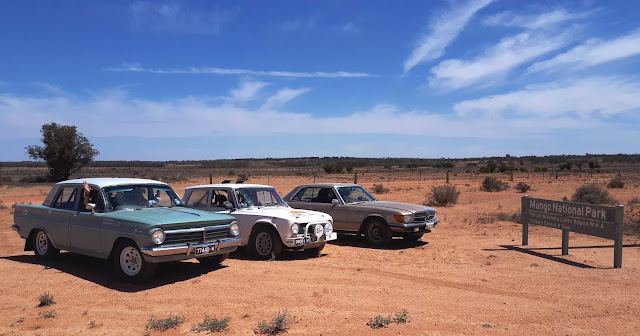 All of this was whilst following a complex waypoint route put together by Bill. That night we were again back in Balranald, Yes, us camping and the others in their cabins!! 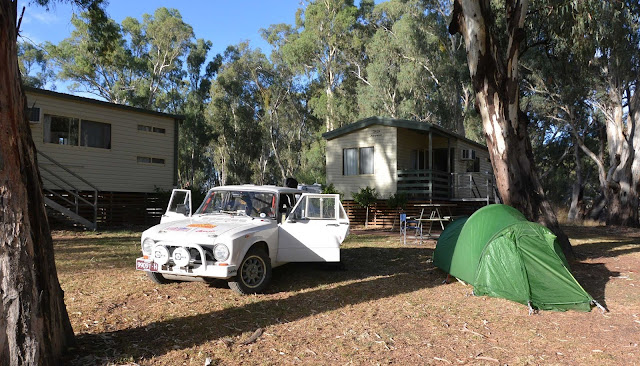 We learned a lot about unpaved roads, driving in sand, camping and also about the need for more dustproofing of the Alfa. Many thanks to Bill